Vivienne, Jude and Taryn and three sisters living peacefully in their mortal homes when suddenly a mysterious man came into their house, killed their father and mother and kidnapped all three of them. Fast forward to when the siblings are young adults, and we discover that they have been raised in the Faerie world. A world where Faeries are immortal, beautiful, and dangerous. 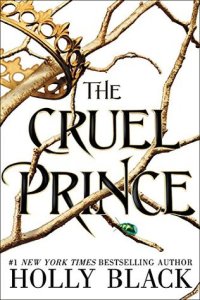 This series is one of the most popular fantasy young adult books in the recent years. With my reluctance after reading several disappointing young adult fantasy novels (The Bone Season, which I DNF-ed, and A Court of Thorns and Roses, which I fairly liked but couldn’t continue on with the next books), I was one day in a mood for something dark but fun to read, but also has a new, interesting setting. I listened to both the books in quite close proximities after each other, and both in audiobook format.

Let’s start off with the first book in the series: The Cruel Prince. In this book we have Jude as our main character, a young lady who is fierce and unique, yet struggling to fit in the faerie world being a normal human. She has a difficult relationship with her surrogate father, Madoc, and a great relationship with her twin Taryn. However her biggest problem was how she is constantly bullied and tortured by the Prince of the faerie world, Cardan.

What I really liked about this book is the main protagonist. She reminds me like a lot of other female YA protagonists: strong, strong-willed, skilled in some sort of combat, and never does what she is told. What was interesting in Jude’s arc is this presence of her twin sister, who just wants a normal life, but looks exactly the same to her. And another interesting arc in her story is her dilemma with living in the world who killed her parents, and loving but also hating how Madoc killed her parents but then raised her kindly and fairly, and sometimes even lovingly.

If you hurt me, I wouldn’t cry. I would hurt you back.

Another thing I liked about the book is the setting and the fantasy world. Faeries aren’t a huge thing for me, unlike for some people, but I do admit they are interesting as characters. Their beauty, strength, cunningness and immortality make them seem invincible, but they cannot lie and they make great villains.

Holly Black’s writing was great, but not amazing. It’s slightly littered with metaphors that were a little weird, but overall it’s a nice writing style with great descriptions, and she always moves the plot along well. However I do have some problems with the overall plot and the way she makes things happen. Sometimes sideplots are added for no reason whatsoever, and other times a focus on some sideplot or scene shifts and becomes unnecessary. Yet it was never boring and I was always entertained.

Meanwhile in the second book, The Wicked King, many more things happen which I will not really tell in this review because it’ll spoilers. In general I really liked the characters that returned in the second book, and personally I think the writing slightly improved – maybe Black was more at ease with her characters and world and Jude felt more fleshed out than before.

One point that a lot of people also are paying attention to is the romance. We have this interesting dynamic between Jude and Cardan that even from the beginning I noticed. This sexual tension and “I hate how much I love you” type of thing is not completely my favourite, and I hate bully/deep/mean/mentally abusive male characters “who are deep down inside kind and loving” bullshit. Honestly I dislike Cardan in general. *SORRY UNPOPULAR OPINION!!* However I do see the interest people have in the will-they-won’t-they dynamic and at times I am actually rooting for them to actually get together, especially in the second book.

Overall these two books from the Folk of the Air series is indeed a fun story. I definitely look forward to reading the third book, whenever it comes out. I do understand the hype, although I will not be this series’s biggest fan. And I do wonder whether I’ll love it more if I read it in physical format, where I can actually digest all the words instead of having some parts of the book a blur from not paying attention 100%, because that was the case unfortunately for me. But in the end I just really liked the book and the series in general. 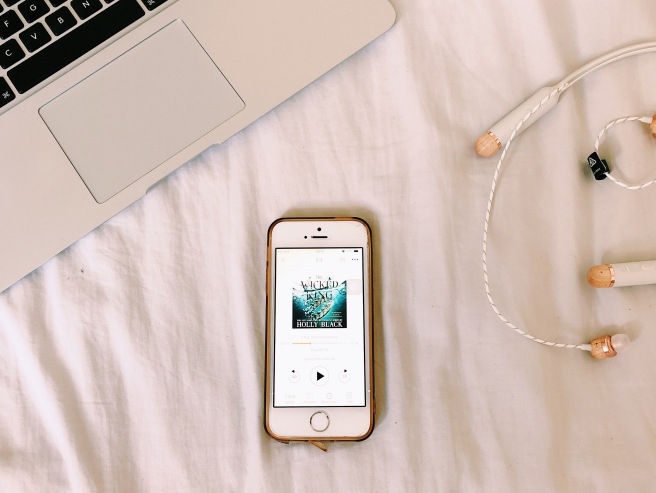 Let’s talk about Holly Black in the comments down below and share with me whether you liked or hated this series!