Another incredible work by the talented Sally Rooney! After adoring Conversations with Friends earlier this year, of which review you can read here, I was eager to read her second book, which people claim was even better than the first one. In this novel, we follow Connell and Marianne, when they were only in high school and developing a romance. However things fall apart, but that doesn’t mean their paths wouldn’t cross again in the future. 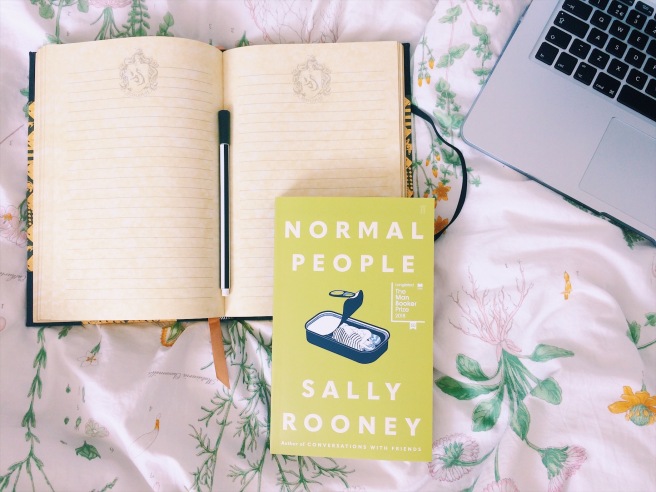 From only two books we can immediately tell what Sally Rooney is good at, and what themes she is passionate in: her ability to create these vivid characters and her unique writing style that is unlike any other – choppy, descriptive, captivating, and unnerving, she is able to paint a picture around her characters in such a way that makes us really love them for who they are. She also has recurring aspects in her book that makes you know that she either really cares about them or has had a personal experience about it: depression, a broken family, self-hatred, and for some reason a summer holiday in a European house.

But of course the thing that really shines in this book is the characters. I liked, then hated, then came back to loving Connell. He is such a lovely person, with his annoying flaws and his inability to communicate well. Marianne feels a little less human and more like a character, but I still really love and relate to her in her own way. Otherwise all the other characters felt more like a blur, merely side characters that aid in Marianne and Connell’s life story.

It’s funny the decisions you make because you like someone, he says, and then your whole life is different. I think we’re at that weird age where life can change a lot from small decisions.

In this story as well we discover more about problems in friendships or relationships between different class backgrounds, but also between different kinds of people. There was a section in which Connell was with another woman, and he says how much he loves this woman in a very strong way, how he loves her smile and how he enjoys being with her. However he sees Marianne and his feelings for her comes back, but in a different way, in a particular way that he describes he only feels for her and only her, yet it does not mean that he loves his current girlfriend less. It feels so real and so vivid, that you can’t help but wonder if Connell is a real person you might pass on the street. It also shows different ways a human being can love, which doesn’t mean that you can only love one person one way all our lives. 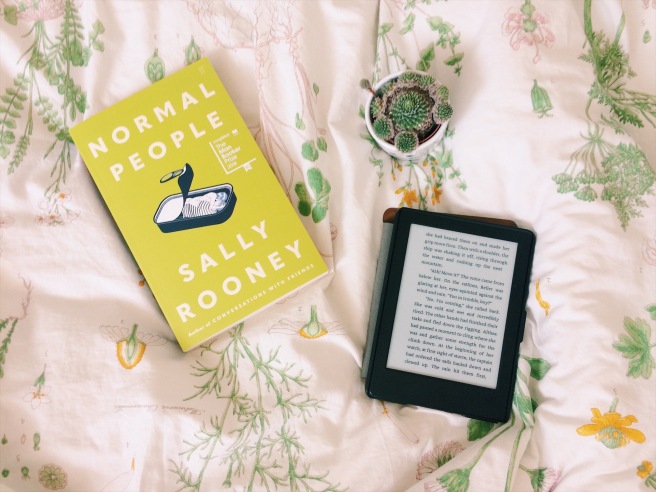 Her eyes fill up with tears again and she closes them. Even in memory she will find this moment unbearably intense, and she’s aware of this now, while it’s happening. She has never believed herself fit to be loved by any person. But now she has a new life, of which this is the first moment, and even after many years have passed she will still think: Yes, that was it, the beginning of my life.

Sure, this book is a love story between two people. It shows how a little miscommunication or misunderstanding can make a huge difference in a relationship. And how sometimes what you think is obvious to other people is not really perceived in the same way, or vise versa. Yet it’s also a commentary on the millenials and how they develop their own friendships, how they are affected by the people arround them, and what is defined as a relationship nowadays. It shows different kinds of love, and kinds of sex, and various types of people in this world, how we all navigate ourselves around the people we choose to be with. It shows how much we struggle to become normal people, but in fact no one is really normal. Overall, I honestly preferred Conversations with Friends, mainly because it has a strong female-female friendship that really stuck to me, but this one comes to a close second.

This amazing novel made me cry, it made me giggle, and it made me root for the characters, it made me think and cry out loud. Sally Rooney succeeds once again to captivate us in this brilliantly woven story.

What did you think of Sally Rooney? What do you liked or disliked most about Normal People? Let’s talk together in the comments!