I was shocked by the end of October to find that I watched so little amount of movies. Therefore I decided to combine my Recently Watched post into two months. It’s been a weird couple of months, because I’ve been highly preferring TV shows rather than movies. I think in the future I will also watch less, mainly because I don’t have the time, but also because I stopped subscribing to my unlimited local cinema to save money.

However, I did watch some movies lately, so let’s get right into it! As usual, we start with the movies that weren’t very impressive.

Something random we decided to watch in Netflix, it’s a humorous movie with an interesting premise but had waaaay too many extreme crazy situations that honestly aren’t funny.

I feel so so so sad to find myself disliking this movie. Even from the beginning I wasn’t very hyped about the movie, especially because of all the controversy surrounding JK Rowling and Johnny Depp. However I really liked the first movie, I loved the main characters and their relationships, and of course I was excited to dive back into this wizarding world.

What was a flop for me was the plot. It was jumpy, all over the place, and had too many holes and unnecessary twists. True, some twists were interesting, but overall they were a little lost and the main plot line was also a little buried under all the other plots. Additionally the screenwriting in general, including the editing, the dialogues, etc was just plain weird and confusing. And to top all that, the characters here were not showcased very well. We rarely ever see our main protagonist team together or interacting with each other, and half of the time they are acting out of character or not even speaking to one other. There were too many characters introduced and there was an attempt for them to be spotlighted, that in the end the most important characters were shadowed. Although the effects and the magical creatures were great, it’s such a disappointing movie overall.

The premise was unique and overall it was a thrilling and haunting movie, but for some reason I didn’t enjoy it as much as I’d like to. And it reminded me a lot of Misery too much – which I definitely liked much more than this one.

Great atmosphere, amazing acting from the two Tom Hardy’s, and lovely dialogues. All the aesthetics of the era, Peaky Blinders style, was just spot on. However I thought that the movie was a little too long and too slow, and the plot was a little unclear overall. 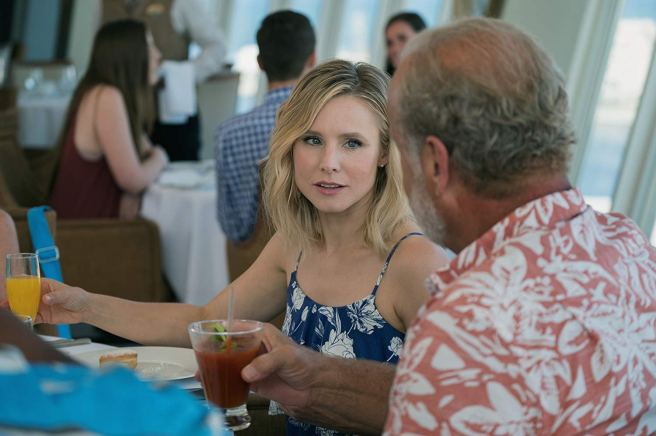 I’ve grown to really love Kristen Bell over the past year or so, and this movie was a delight. What started as a random movie I wanted to watch with the boyfriend one dinner, became fun, funny and heartwarming and overall a nice pleasant watch.

Fun to watch, though not the best movie ever. We all loved the songs, the acting was incredible, and the ending was heartbreaking. Overall a great piece of movie if you like music, and even if you don’t like romance movies.

I was recommended this movie months ago but never got the mood to watch it. One day I decided to watch it by myself and found myself really loving it! It’s definitely a premise that’s relevant today, what with the feminism and all women empowerment. It kinda reminds me of another take on the more serious and dark The Power by Naomi Alderman. But I liked this movie’s take on the concept by using likeable but flawed characters, great chemistry between the actors, interesting dialogues, and lovely scenes.

That was all the movies I watched in the past two months! Not very amazing movies, I must say, but overall quite a fun selection of movies if you’re interested in any of them. Till next time!